WWE 2K15 is set to launch this month on PS3 and Xbox 360, with a PS4 and Xbox One launch coming later on in November. The big WWE 2K15 news however, is that John Cena is going to be curating the WWE 2K15 soundtrack, exactly in the same way in which music superstar Pharrell handled the NBA 2K15 soundtrack list.

It has been a surprising twist for the upcoming game, but then again perhaps some may have expected John Cena to play a musical role after his infamous ‘Doctor of Thuganomics’ background in WWE.

2K has picked John Cena though, who in turn is going to be collaborating with rapper Wiz Khalifa on two brand new and exclusive tracks for the WWE 2K15 song list. 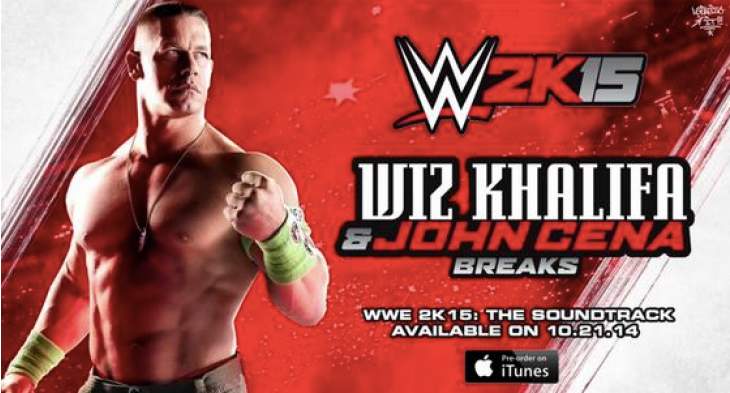 Those tracks are called ‘All Day’ and ‘Breaks’ and you can check out a preview of John Cena’s work in the teaser clip below that WWE and 2K have released.

Is it a good selection? Here is the full WWE 2K15 soundtrack list that has been compiled by Cena. Let’s take a look at it in full, then see how it compares to Pharrell’s selections for NBA 2K15.

That’s a pretty decent list, but then so is the NBA 2K15 music which instead is curated by Pharrell – check it out below as a reminder:

We imagine that there are a lot of NBA 2K15 players who will be giving the game a break in order to play WWE 2K15 instead when it comes out. Check out the soundtrack lists of both games and let us know which one you think is best.

John Cena is receiving a lot of hate on social media, but do you think he has actually done a good job on the soundtrack selection?