After weeks of speculation, we finally have a decision regarding the highly anticipated WWE 2K15 cover star. The athlete that has been chosen is none other than John Cena, who will take over duties from The Rock who featured on last year’s game.

This decision to put Cena on the cover star has already been met with mixed reaction, unsurprisingly given the infamous reception that Cena usually gets online both from those who love him and those who loathe him.

2K has made the decision though so you’ll have to get used to it. To top it off, the announcement of the WWE 2K15 John Cena cover star news has also come directly after Cena had won the WWE World Heavyweight Championship at Money in the Back just a few days ago.

WWE obviously sees Cena as their champion throughout the rest of the year, so have put his face on the cover of the game as a result. Below is a reaction from Cena on Twitter in response to the reception he is likely to receive from internet fans.

Call up the interweb machine, tell em' it's time to hate us again #thechampishere pic.twitter.com/6LYdv2wCN3

Is John Cena the correct choice for the cover star in your own personal opinion though, or would you have liked to have seen someone else? We would have liked it to have been Brock Lesnar, but that’s just us.

It obviously wasn’t going to be The Rock again. Check out the full cover below and let us know what you think about the decision. WWE 2K15 releases on October 28 for PS4, Xbox One, PS3 and Xbox 360. 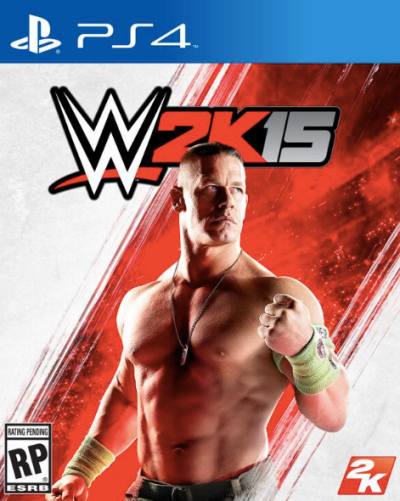