We have some good news for WWE 13 owners now, as THQ has just announced a barrage of DLC characters for the game that are going to be available for purchase soon. Some of the inclusions are expected, but there’s definitely one or two old-school surprises as well.

During the recent RAW 1000 celebrations, we saw WWE introduce several legends back into television programming and it’s now clear that it has also paved the way for their inclusions into the WWE 13 roster. The likes of Rikishi and DDP were not included in the original list of characters, but both are coming back into the game as DLC characters after recently appearing on TV.

A total of 21 DLC characters are going to be released on October 30 and there’s going to be a few extras thrown in there as well, which should please some of you. For instance, Undertaker will be getting his Ministry outfit, while Brock Lesnar will be upgraded with his lethal Kimura Lock as well. 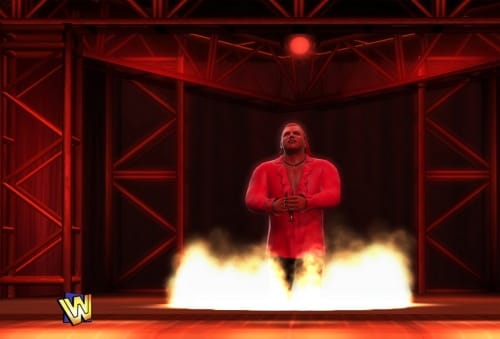 As for the surprises we mentioned, we can tell you that cult favorites Gangrel and Val Venis will be available as DLC as well. THQ has released some excellent screenshots showing both of their models in the game and it includes Gangrel’s famous fire entrance which WWE veterans should remember clearly during the Brood days.

Goldust will also be available as a DLC character, although we wish they included some humorous Attitude Era cutscenes with his partner in crime Booker T as well – what are the chances of this happening we wonder? At the moment, there doesn’t appear to be any indication on how much these DLC characters will cost, but we’ll let you know as soon as we get the info.

You can check out the full list of DLC characters and screenshots of every DLC character here. Let us know which DLC wrestler you are most excited about – it has to be Gangrel for us, we didn’t see that one coming.