We first told our readers about the WWE 12 game back at the beginning of June this year, when we provided them with a release date, the box art and a brief teaser trailer. Although we’ve been able to provide them with a few more details about the much-anticipated game since then, we haven’t had any confirmation regarding the official roster.

That is until now anyway!! According to a recent article by Giulio Romano over on the bleacherreport.com website, the full superstars, legends and divas roster for the upcoming WWE 12 game has now been confirmed. Not only will fans get the opportunity to play as current WWE champion John Cena, they can also play as John Morrison, Randy Orton or R-Truth.

If on the other hand you want to try your luck as a female wrestler, then you might be pleased to know that the WWE 12 roster includes divas such as Layla, Eve Torres, Natalya, Beth Phoenix, Michelle McCool, Maryse and current divas champion Kelly Kelly. As for the legends section of the roster, this includes the likes of Arn Anderson, Booker T and The Rock.

Other legends featured in the game include Stone Cold Steve Austin, Ricky Steamboat, Edge, Demolition, Kevin Nash, Vader, Road Warriors and Eddie Guerrero. As Travis Leamons over at wrestling.insidepulse.com recently noted, THQ’s website indicates that the roster will contain a total of 77 wrestling personalities, but the recently revealed list only has 62.

Although it was also revealed that Jerry Lawler would in fact be a downloadable character available from day one, it still leaves 14 empty slots. Who else would you like to see included in the WWE 12 game? 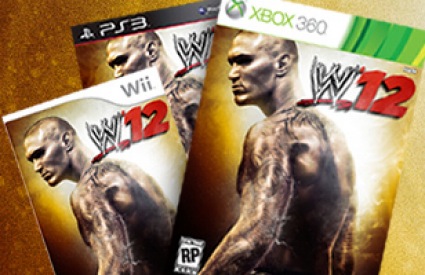