WWE ’12 isn’t even out yet, however that hasn’t stopped WWE Games’ community manager, Marcus Stephenson, from revealing information regarding upcoming DLC for the game which is said to arrive shortly after the game’s November 22 release date.

Before we go into detail about all of the individual DLC, we have to point out that you will able to purchase Fan Axxess this year, this will cost you 960 Microsoft Points for Xbox 360 / $11.99 for PS3 – we are told that this will get you all of the game’s DLC and save you over 25% in the long run – therefore hardcore fans may seriously want to consider this.

The WWE ’12 DLC pack 1 will bring Shaun Michaels to the game in his ’97 Survivor Series attire, along with Jerry “The King” Lawler, also you will get Jim Ross and Michael Cole in their WrestleMania XXVII attire, the Road Warriors with their black with silver spike attire (see below) and finally Edge and Christian’s old tag team attire will be on offer. 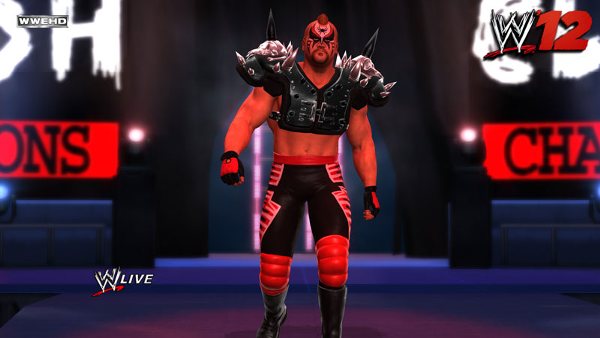 If you want to buy things individually they will cost you 80 Microsoft Points / $0.99 a pop, therefore if you think you are going buy a few different costumes etc you may well be best of buying the Fan Axxess. You can see lots of screenshots showing the alternative costumes etc here.

One thing which some people seem to be annoyed by is the fact that by the looks of thing there will be no other attire options for Shaun Michaels, meaning that he will be stuck in 14 year old clothing – does this bother you? Would you buy more up-to-date attire if future DLC offers it? Let us know in the comments section below.

What other alternative attires would you like to see available in WWE ’12?