Today we can pretty much confirm that future WP7 smartphones will allow video calling via front-facing cameras, apparently Mango will feature Skype integration and will allow this functionality, this probably has a lot to do with Microsoft’s recent Skype acquisition and is great news for people who are jealous of Apple’s Factime feature.

Nice, they just confirmed at TechEd NZ that #WP7 devices with forward facing cameras are coming with Mango – and Skype will support it.

Previously we have not seen any Windows Phone 7 smartphone with a front-facing camera, so we presume that manufacturers will release devices in the future to make the most of this new WP7 feature. It has to be said that at the moment it is unclear whether this will be an app which has to be manually installed or something which comes as part of the Mango update, we would prefer it to be forced upon users like how RIM gives all of its smartphones BBM, this will promote its use in our opinion. 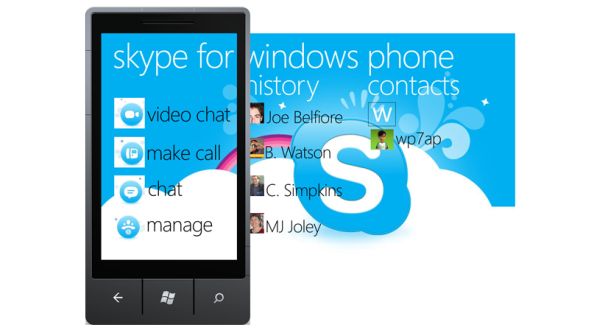 With Skype apps available for pretty much every software platform out there the potential of this new WP7 feature is massive, Facetime is limited to Mac products, however Skype apps are available for Android, iOS, PC, Mac and Linux so the possibilities are endless – could we soon video chat across all of the platforms seamlessly? We sure hope so.

As you are probably aware a smartphone codenamed “Sea Ray” is being released by Nokia later this year, this is Nokia’s first attempt a Windows Phone 7 device, however so far we have seen no evidence which suggest that this will feature a front-facing camera – we think that if this is the case Nokia needs a rethink as if video chat takes off in WP7 the Nokia Sea Ray will be lagging behind when it arrives – what do you think?