World of Warcraft players who are planning on pre-ordering the Warlords of Draenor expansion, may be in for a bit of a surprise. Boosting to level 90 on WOW could come at a cost, with a price of $60 being leaked on the live servers.

The new expansion will increase the highest character level to 100, however Blizzard is treating players to one free boost up to level 90 if they pre-order the game. From what it looks like, anyone who needs another boost up to level 90 for a different character will be asked to shell out $60, if you do not feel the desire to take the time leveling up naturally.

The image below was grabbed by WoW Insider, however many people are already saying this is an error since pre-orders have not been made available yet. Also the recent patch notes have mo mention of a boost and the quoted price could be an accidental placeholder listing instead. If this boost price is accurate then it can be looked at in 2 separate ways. 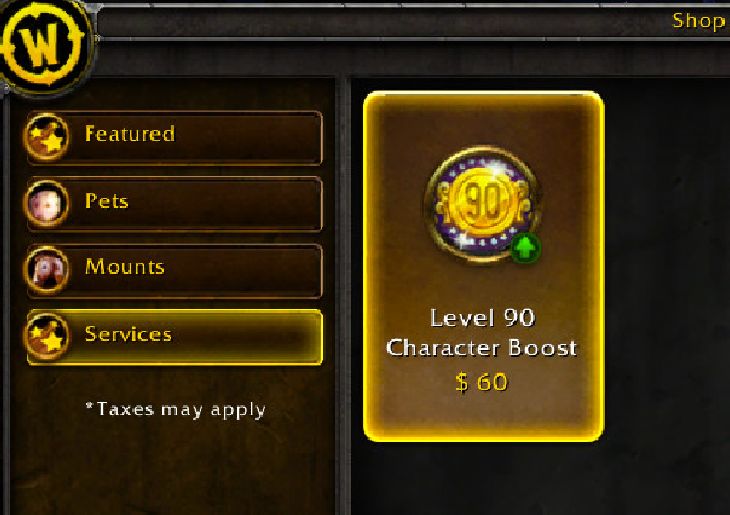 There is often a sense of false achievement when gamers pay for extra skills and bonuses opposed to earning them, so the expensive price would likely deter a lot of players from splashing out on the character upgrade. On the other hand, players who do not have the time to level up and would benefit from paying for the boost would face a very expensive charge.

Hopefully Blizzard will shed some more light on this situation soon and confirm whether players can purchase further upgrades to level 90 via a $60 payment. Do you think if this is allowed it would ruin the game in the sense that money can make you one of the best players, opposed to dedication, skill and hard work?