Waiting for WoW Cataclysm seemed to take forever, with fans of the franchise anxiously waiting for the release of the much-anticipated game. The game is now here, and after just two days a patch has already been made available, which is said to fix a number of bugs. So we know that the Cataclysm was released two days ago — so where are all the reviews?

Having done a few searches on Google I can see that there are a few reviews that are part done, and that they will not be fully ready until a week or so. Normally with games they tend to have the reviews embargoed until a couple of days before the game is due to release — but World of Warcraft is a different animal, as you need to have many people involved in the game before you form an opinion. 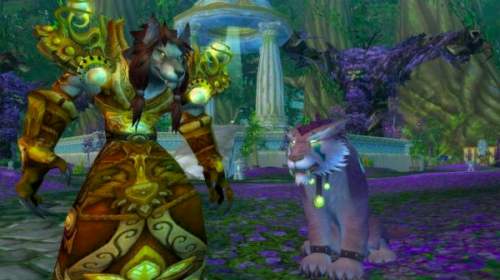 Looking on the IGN website you can clearly see the message that the review is in progress, I do like the idea that they are giving themselves a chance with the game and not just banging out a mundane review that fans of the franchise will see through in a minute.

I would like to ask if any of you have been able to perform an opinion of WoW Cataclysm yet? If so then I’m certain that our readers would love your first-hand experience of the game — maybe you would be able to share some funny moments as well? Keep coming back, as we hope to have a review roundup once they start coming in.

For more details on the game visit the World of Warcraft website.