Movie fans and gamers alike will be ecstatic with today’s news as one of the most famous action heroes of all time will be coming to consoles next year thanks to Reef, who have announced they are developing a AAA Rambo game. The announcement comes not long after the company recently made the acquisition of the publishing rights to produce a series of games based on the hit movie collection First Blood, starring Sylvester Stallone.

For those who are unfamiliar with the movies, the main character is troubled ex-Green Beret Vietnam War veteran John Rambo who possesses a variety of skills including hand-to-hand combat, broad knowledge of weapons and survival techniques. A game which features a character like this has got to be a success and it’s a good thing Reef will be bringing it to us.

There is currently a Rambo game available in certain arcades which you may have spotted before, though it is not known whether the console version will be the same as the coin-op arcade machine on offer. The Xbox 360 and PS3 versions will have access to much more powerful processors meaning the new title will have much improved graphics.

According to the article at MCV, Reef’s Commercial Director Craig Lewis considers this the perfect opportunity for the company to establish themselves as a major player in the games industry saying ‘We have big ambitions for Reef and the Rambo IP is the first step.’ He also described their ambitions for the game saying it will be a triple-A title that ‘will capture the gritty atmosphere and full-on action which made the Rambo movies so successful.’ 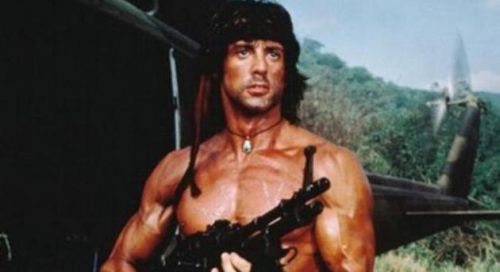 The news of this game being developed is certainly enough to get me excited as a fan of the Rambo movies, but what I’d like to know is whether it’s enough to entice the hardcore gamers out there. In order to gain success amongst these people I think the game will need to include gameplay with at least as much realism as COD and a strategy angle similar to something you’d expect in Splinter Cell, with the stealth kills. In the meantime check out the video we have embedded below of the arcade version currently available.

What do you think the game should be like? Are you excited to hear about its development?