Have you ever wondered what one of the world’s biggest truck looks like? Well, we can tell you that it is currently located in Canada and goes by the name of the Terex Titan. We have a video of the beast to show you now, letting you see just how big it really is.

And it’s as huge as it gets in terms of truck sizes. The Terex Titan is located in Sparwood BC, Canada and eats monster trucks for breakfast. Weighing in at 22ft, 7 in tall and carrying a length of 66 ft 9 in, it was actually built by General Motors and carries a hefty US$1.5 million price tag along with it.

We’re not sure we dig the color scheme of the Titan, but who cares when you can command the road in one of these mammoths. Right now, the Titan has become a popular tourist attraction amongst vistors to the Sparwood BC area and a video we have to show you below lets you see the side and front views of the vehicle from a tourist’s perspective.

Amazed at how big it is? If that excites you, you may also be interested in a variety of other vehicles which belong in the ‘world’s biggest trucks’ category. These include trucks such as the Caterpillar 797, the Liebherr T 282B and the Bucyrus MT6300AC – all of which wouldn’t look out of place in a Transformers movie. We had to mention that since most of the world is now in Transformers fever with the third movie hitting theaters right now.

Below we have included a series of images of each truck mentioned above, so you can take a look for yourself and decide which one you think looks best. Personally, I think the Bucyrus MT6300AC looks pretty awesome, as it has a certain element of style to it, compared to the Terex Titan which looks a bit boring boring you have to say. However, the Liebherr T 282B looks very nice as well, so that’s definitely a close second after the Bucyrus.

Have you ever visited the Terex Titan in Canada? If you have been lucky enough to experience the beast up close and personal, let us know what you think of the vehicle compared to other huge trucks you’ve seen on your travels. 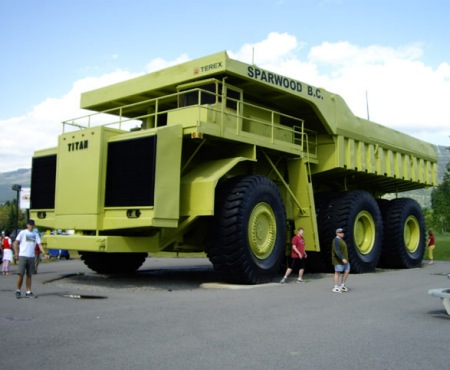 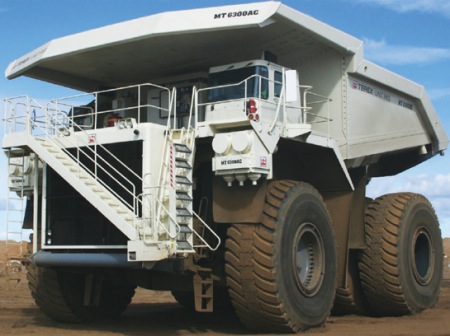 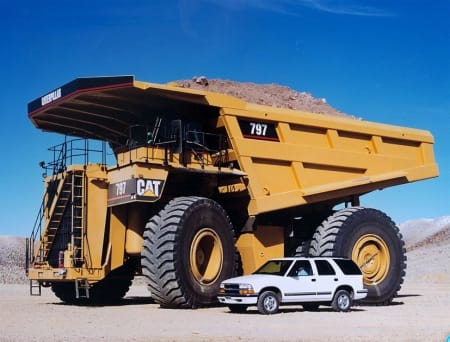 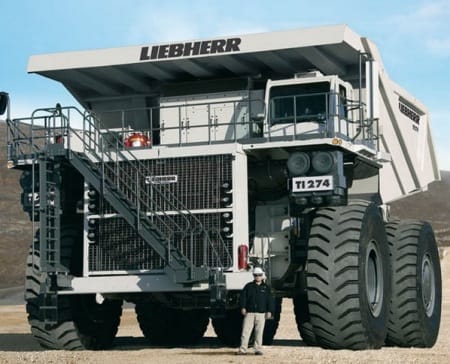