As most of you know by now, Sony has just lifted the lid on the exciting new Xperia Z4 tablet which is due out this Summer. Just like its predecessors, Sony is againing claiming some ‘world’s best’ features and now they have put this claim to the test with an interesting video which you can now watch.

Sony has made no secret of the fact that the Xperia Z4 tablet is now the world’s thinnest tablet at 6.1mm, but also the world’s lightest tablet too at 392 grams for the WiFi model.

To back up this claim, Sony has now attempted to prove their point in terms of having the lightest tablet on the market. Below is a video showing the Xperia Z4 team attaching the tablet to a bunch of balloons and making it float above the skies of Barcelona. 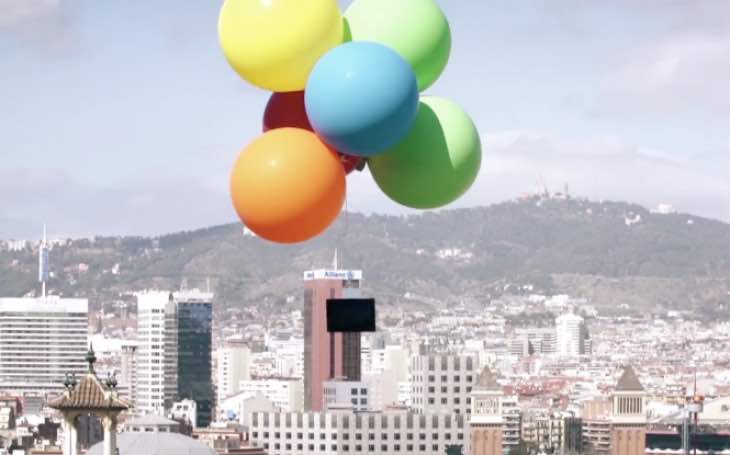 We initially thought that Sony were actually going to let the tablet float off into the night, but the two reps were holding it in place so it couldn’t drift off far – sad for those who thought that Sony may be giving away one unit to a very lucky recipient!

It’s nice to see marketing stunts like this though, so check out the clip below and let us know what you think. The Xperia tablet family appears to be going from strength to strength – do you consider it to be a better choice than an iPad or Galaxy Tab right now?