The World Cup 2014 opening ceremony will feature a live stream from within ITV’s Player, so this makes it easy to watch video coverage of the event this time around. We have been told there’s a number of apps for other countries around the world that also feature live video streaming, but thanks to so many countries we are unaware of all the names, so feel free to share the iOS, iPad, or Android app you’ll be using in the comments.

It is simple to download the free ITV Player app and watch the 2014 World Cup opening ceremony live via this iTunes page. If you are planning to watch the action on your high definition television, then it’s a good idea to use the official FIFA app that gives detailed information on the stadiums, players, match schedule, voting for Man of the Match, and live action from all 64 games.

If you own an Android device rather than iOS, then you can try the ITV Player app on Google’s play store that should work fine on both Android tablet and phone. This will provide a live video stream of the World Cup opening ceremony today that starts within the next hour from publication time. 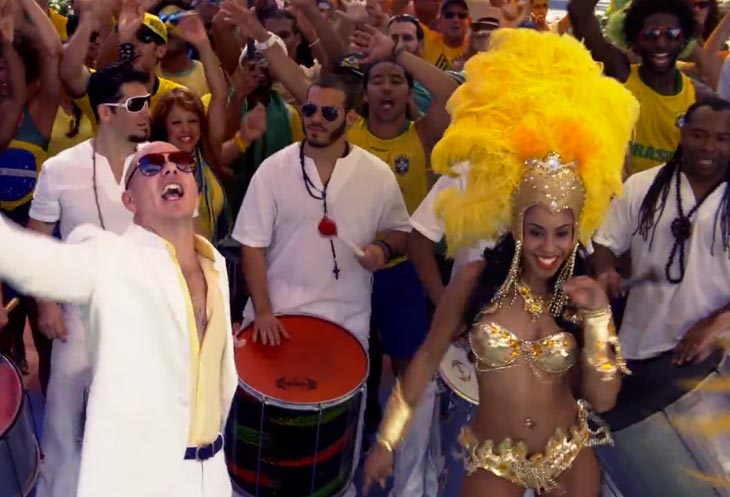 How will you follow the World Cup opening ceremony live in 2014? Will it be via the app, or will you make sure you’re near a television set at kickoff time?

You can also access the World Cup 2014 live opening ceremony stream on ITV right here, or see video coverage on fifa.tv if you don’t live in the UK. This should also allow you to see Brazil vs. Croatia game from one of the above options, or at the very least videos can be watched on YouTube’s FIFA TV channel. We’ve included the official 2014 FIFA World Cup Song in a video below to get you in the mood for the opening ceremony celebrations, and a printable PDF match schedule can be found on the linked page.