The hours are slowly fading away and it will soon be the start of the FIFA World Cup 2014 Brazil, and the moment the Brazil vs. Croatia results are in will be the time that you will be updating your World Cup 2014 Excel score sheet. Some of you might be using a different sort of scoresheet, such as a PDF version, or even an online one, but using one created for Excel allows you to make the changes yourself.

You could spend hours creating an Excel World Cup 2014 spreadsheet yourself, or download one that has already been created. We have a couple of images for you below to show you what the World Cup 2014 Excel chart looks like, and it is easy to see that this is better than some of the alternative ways to create a chart for the tournament. 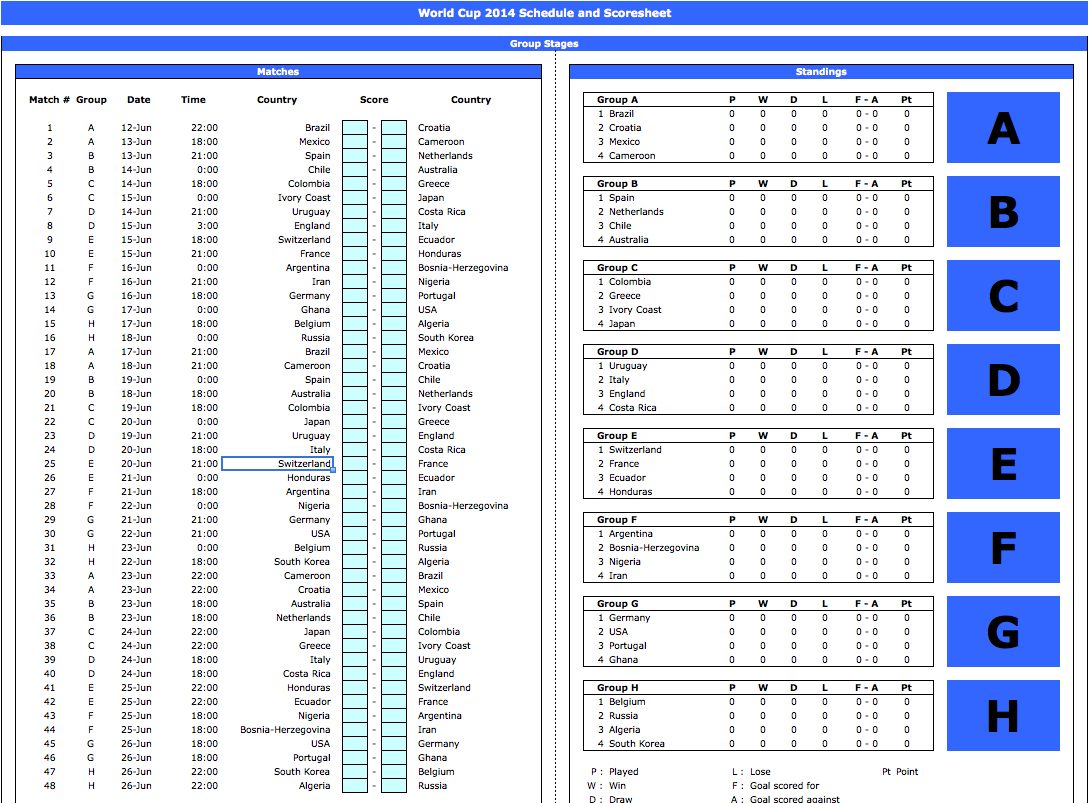 The FIFA World Cup 2014 Excel chart is broken into 8 sections, the first is matches and standings under group stages, followed by round 16, the quarter finals, semi finals, match for third place, the final, and last but not least, the winner. If you would like to download this World Cup 2014 qualifying Excel score sheet, then you can do so Here. 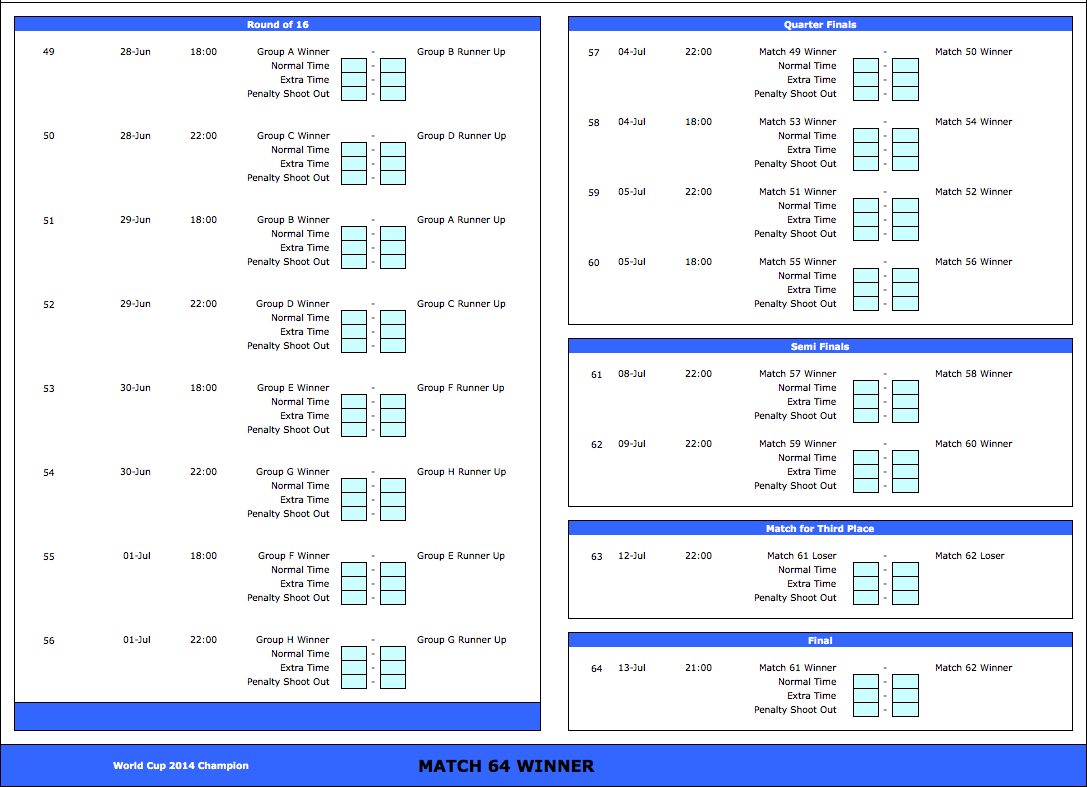 If you do not want to put a bet on but would rather enter a sweepstake with family and friends, then you can do so with ease thanks to this World Cup 2014 Excel sweepstake. We already know of a few of our friends being given England in the sweepstake, and are not too happy for obvious reasons.

You can also use this downloadable spreadsheet via Dropbox to put a bet on, which is free to do. All you will need to do is enter the spreadsheet scores, along with your name and email address.

Once you have done this you will then need to keep an eye on when these games are being played to see how you are progressing, which you can do so in several ways, such as a FIFA World Cup 2014 calendar.

How do you plan to stay up-to-date with the World Cup and who is your money on to win?