We have some rather exciting news now for those of you that own an Android-based smartphone and love playing word-based puzzle games such as Scrabble, as it appears that the popular iOS game Words with Friends is coming to the Android Market very soon.

According to a recent article over at electricpig.co.uk by Mic Wright, social network game developer Zynga — the company behind popular Facebook applications such as FarmVille, CityVille and Mafia Wars — bought up the Words with Friends game recently and now plan to launch it on Android OS.

The great thing about the Words with Friends Android app is the fact that it will be cross-platform. This of course means that anyone who owns an Android-based smartphone or tablet PC will be able to play the application with friends who own an Apple iPhone. 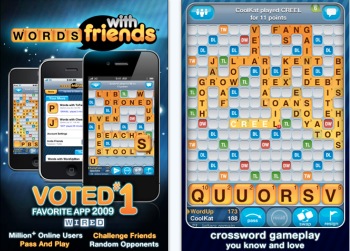 As Leslie Horn over on the pcmag.com website reports, the game had originally been available on the iPhone, iPod Touch and iPad only, where Zynga claimed it had over 10 million users. The Android version will have the same features as iOS, including in-game chat and the ability to play 20 games at once. 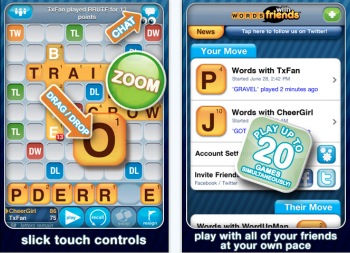 If you own an Apple iPhone but you don’t have the Words with Friends app yet, you can read more about it via the itunes.apple.com website. Will you download the game?