It seems possible that a new social phenomenon has been born, introducing the Wordeo app for iOS. The idea of Twitter and Vine has been fused to great fun video messages which you can personalize and edit, once you are done you can share it with the world!

Wordeo in some ways combines the concepts of Twitter and Vine rolls them into one, promoting the same social sharing experience. You type a short sentence as you would a tweet and then watch it come to life as a sequence of trimmed Vine videos. Once you have typed your message Wordeo will use their media library to add their own images, video, music and fonts to your text.

You can customize these by using other options from the library, if you don’t like the look of the default Wordeo. Alternatively you can add your own content to personalize the video message, taking a picture or adding a super short 2 second video clip. You can change the font of the text and also choose the background music that plays with your video. 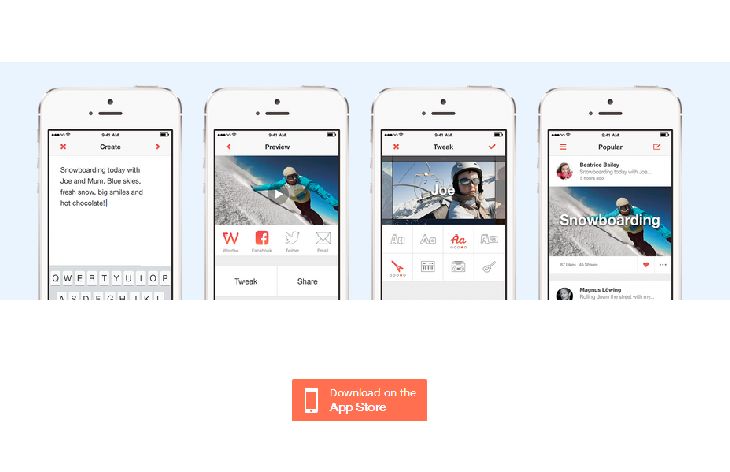 We have had the chance to get a bit of hands on time with the app and it is very simple and cool to use. Due to Wordeo being relatively new you will have to share the app with your friends and build up a social profile, which uses a follower format opposed to a friends list. To get your friends involved Wordeo can access your contacts and search for friends who use the app or invite them instead.

Right now Wordeo is only available on iOS for the iPhone, iPad and iPod Touch and can be downloaded from the App Store. Android owners may be interested to know that a version is being planned for the not too distant future but we do not have a solid release date as of yet. Earlier we looked at, ‘A Candy Puzzle‘ an exclusive iOS game which claims to be addictive and challenging.

If you have downloaded Wordeo then let us know what you think of it by dropping a line in the comments section. Is this app going to be the next big social craze like Facebook, Twitter, Instagram, Vine and Snapchat?