As we wait for CD Projekt Red to go live with the Witcher 3 1.05 update on PC and the 1.04 update on PS4, one of the biggest problems that gamers are facing is what has been called the Witcher 3 Pyres of Novigrad game-breaking quest bug.

It is this quest which is actually stopping players from making any progress in the game, since it is a main quest and cannot be avoided once triggered.

The problem specifically involves players needing to touch a brick on the quest to activate a door to continue. However, the big issue is that on 1.04 on PC and 1.03 on consoles, players are complaining that they cannot push the brick on Pyres of Novigrad meaning that they can’t do anything further in the game.

As you can imagine, this is hugely frustrating for those that have run into this problem right now and cannot complete the quest. 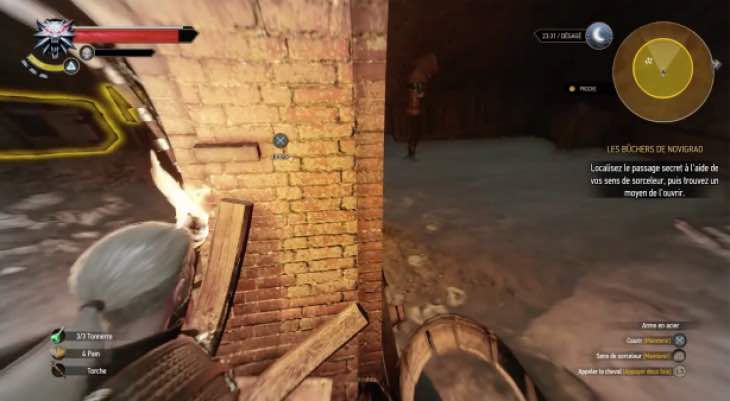 The good news is that the Witcher 3 1.05 patch on PC and 1.04 on PS4, Xbox One should offer a Pyres of Novigrad quest fix – as CD Projekt Red has already stated this on the forums recently.

In the meantime, we have heard about a potential Witcher 3 Pyres of Novigrad PC bug fix workaround that you can try right now.

This is a drastic one however, as it involves deleting your game save and downgrading to 1.03 where the brick should move as normal allowing you to complete the quest.

We really don’t advise anyone doing that though as an official update could be just hours away. Let us know if this is the part which is preventing you from playing at the moment.

Would you agree that this is a game-breaking bug in The Witcher 3?