Attention all PC owners now as we can confirm that a brand new Witcher 3 PC update on May 21 has just gone live, minutes ago. As a result, we can be one of the first to deliver to you the official Witcher 3 PC 1.03 patch notes from CD Projekt Red.

We have already told you that some PC owners have been having issues with the game, notably frequent instances where the game froze during certain parts.

Now, we’re pleased to say that CD Projekt Red have delivered on their promise to put things right and this latest patch specifically targets stability in the gameplay and the UI – basically improvements to stop the game from crashing. 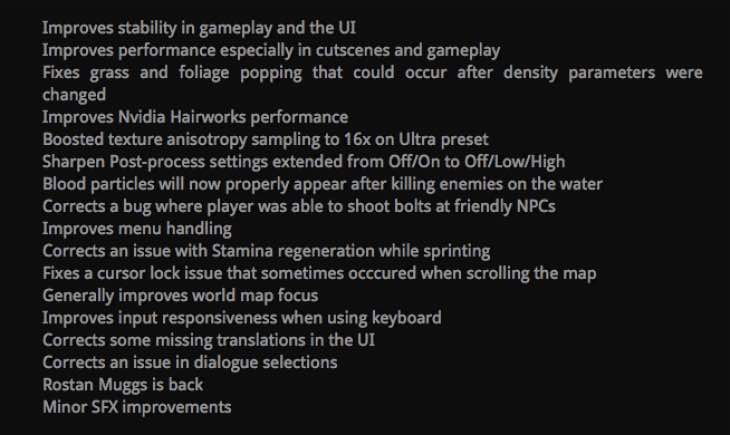 We have the The Witcher 3 1.03 PC update notes in full above as they have just been posted by the dev team. Look down the list and you’ll also see some fixes for things like NVIDIA Hairworks performance improvements, a fix for stamina regeneration whilst sprinting and much more.

We can also confirm that this same update will be available on PS4 and Xbox One very soon, according to CD Projekt Red. We hope that this means by Friday, but if not then expect it to land early next week – we already gave you a heads-up on the PS4 update here.