We recently told you about a new PC patch that was coming to The Witcher 3. That is going to be the The Witcher 3 patch 1.05 download, but so far CD Projekt Red has been keeping gamers waiting for it.

The developers never actually gave a solid release date for the next PC patch, but since they released a partial list of notes included in the next release – fans had taken the liberty to assume that it was due out this week.

That may not be the case anymore though. Community Lead Marcin Momot has once again taken to Twitter to say that the team is still working hard on 1.05 and that it was all he could say at the moment. 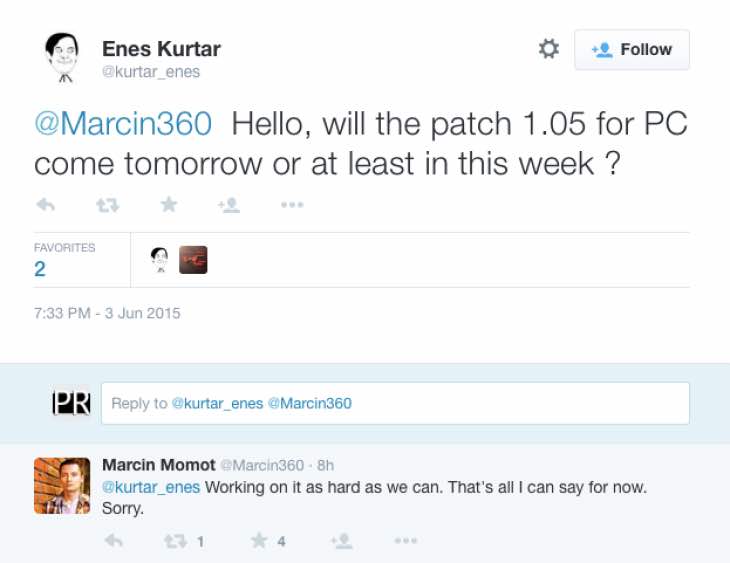 Since it’s now Thursday, a release next week for the patch looks more likely unless CD Projekt Red surprise everyone with the patch late on Friday.

Remember to remind yourself of the Witcher 3 patch 1.05 notes so far in our earlier post and let us know how you are dealing with the wait.

Did you expect 1.05 to drop this week also, or are you happy for the developers to take their time fixing up more issues within the game?