We have a heads-up to those of you who briefly saw a piece of free Witcher 3 DLC pop up on the Xbox Live Marketplace and PS Store recently.

This DLC is the Witcher 3 Ciri DLC, with CD Projekt Red adding a new alternative look for the character, similar to previous alt costume DLC for Yennefer before it.

The only problem with the Ciri DLC for the game is that it was released onto the store early. Echoing shades of DriveClub PS Plus, CD Projekt Red’s Marcin Momot has said that the content wasn’t supposed to go live yet and those who have already downloaded it should not install it. 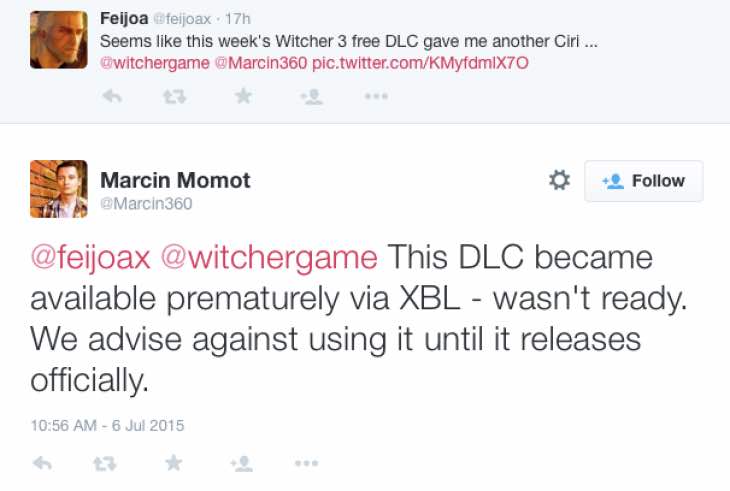 If you do, you run the risk of corrupting your save file according to Momot, which obviously you want to stay well clear of.

There’s no word when the DLC will be out properly, but we expect it will be sometime next week along with the next big 1.07 patch – more on that in a separate post.

The question is, have you already downloaded the Ciri DLC for Witcher 3? If so, let us know if you have encountered any problems with your game after installing.