If you haven’t heard, there is now the opportunity to download a free game on Xbox One with no catch whatsoever. The Witcher 2 is free on Xbox One thanks to backwards compatibility, but you won’t need to own the original.

The game usually costs $30 to buy digitally, but for some reason Microsoft is waiving that until February 5, 2016. As a result, you should now be able to head into the Xbox Live Marketplace and download The Witcher 2 straight away.

We are aware that hours ago when the download initially went live, it was only available in the US. This caused panic for other gamers elsewhere as many were complaining that the Witcher 2 download was not working in countries such as the UK and Australia. 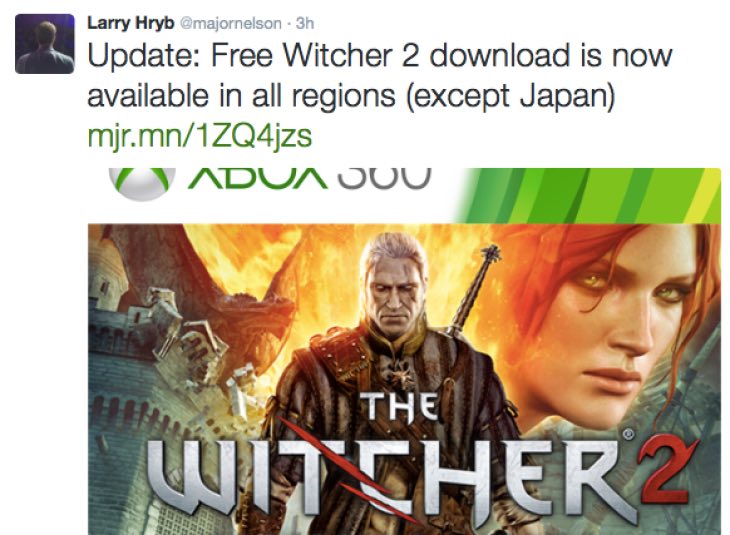 Everything should be ok now though and this game can be yours to own for absolutely nothing. It’s a fantastic gesture by Microsoft and CD Projekt Red so take advantage of it while the deal is valid.

As far as we’re aware, you don’t even need Xbox Live Gold to get The Witcher 2 for free. Again, it seems rather too good to be true so perhaps less questions asked – go and grab that game.

Reaction to this free game everyone?