It has now come to light that Apple Store’s 10th Anniversary is most probably to do with revamping their stores. However, this has still not stopped people having a wishlist as to new product speculation. We know that the former story is more plausible, but it does not hurt to think what if?

Most of us assumed that Apple could be launching the new 2011 MacBook Air in a different way to how they have before. However, this idea was squashed due to our recent post that said that the device might not be ready until June or July. One of the craziest rumors has been an iPad with 4G; this is a little far-fetched, as Apple has only just launched the iPad 2.

Do not even think that the new iPhone will be with us soon either, as the earliest we are likely to see this is September. However, it does not stop us from thinking what if? A new iPod is a thought, yes they normally announce this in September, but stranger things have happened. 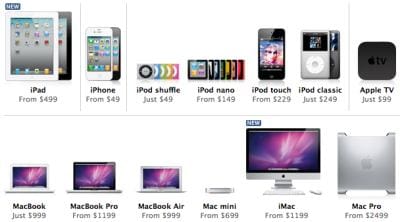 One of the most plausible has to be a cloud-based music service. Now we know that the service is coming, but we are still uncertain when. This one makes perfect sense to us, as Apple staff will need to be on hand to show users just how to use the new service. This would be one in the eye for Google, who just recently announced Google Music.

What is your wishlist for Apple Store’s 10th Anniversary event?