When Apple released the iPhone 4 last June we all loved the new design, but it did not take that long for things to turn sour. From the moment customers started using their new smartphones they noticed there were reception issues, which later turned out to be down to the antenna. Now the iPhone 5 is due in four months, but just maybe buyers will wait a little until they learn more about rumors regarding new cellphone towers?

We do not have to remind you how ugly these towers are, but according to a report on News 24 things could be about to change. We could be looking at a future with no large phone masts anymore but small ones that could fit on buildings and lampposts. It’s reported that any place that has a connection to the power grid will be able to house one of these mini-towers.

Just imagine a day when dead spots are a thing of the past, so no more battles between AT&T and Verizon then — instead it will be a war of price and not overall coverage? If this technology comes off then this would have a profound affect on how future cell phones are designed. 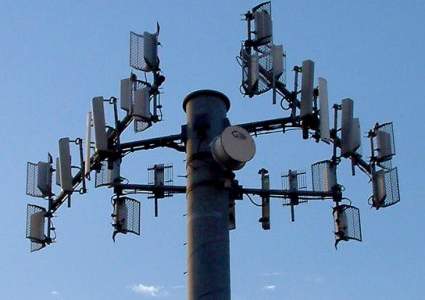 Knowing how far ahead this technology is, is hard to say, but the design of the iPhone 5 would have already been done and should now be in the testing stage. It is for that reason why this news could affect sales of the new fifth-generation model, as consumers will wait to see if newer cell phones with smaller antennas will be designed later this year?

Let us hope that Apple does not have a repeat performance with the antenna on the iPhone 5? We assumed that the Verizon iPhone 4 had solved this issue, but according to a recent post, things are said to be worse. This ongoing problem has resulted in accessories like the iWrap being designed, as it helps to protect your phone against scratches, as well as solving the loss of signal.

Will these new mini phone towers affect your decision into buying the iPhone 5?