We have some welcome news for Windows users who have been struggling this week after getting frustrated about their Windows update KB3194496 not working – the latest version that Microsoft issued as an automatic update last week.

As most of you have found out, the Windows Cumulative update KB3194496 14393.222 was supposed to include quality improvements but instead has caused stress by not installing completely at 100% and then putting you in an endless loop.

Now we can confirm that Microsoft has already addressed the situation by issuing a quick Windows Update KB3194496 fix which should hopefully sort the problem out for you. 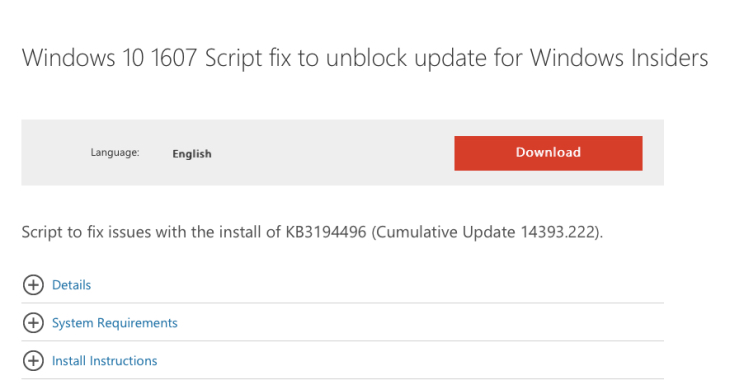 You can download this update fix here and there’s also included instructions on the link which will show you how to install it correctly – it’s a script so let us know how you get on.

Have you been having problems with the latest Windows Update not working for you? Give us your thoughts below if you require help.