We have discovered that there is a problem with a recent Windows Update KB3114409, issued on December 8. It specifically affects those using Outlook 2010 as the update after installation causes Outlook to boot into Safe Mode automatically.

The amusing thing about this update is that it was initially deployed to stop Outlook 2010 from booting into Safe Mode, but we can see that it is actually doing the opposite.

As a result, Microsoft has now removed this update but for those that don’t know how to solve the problem there is a simple Windows Update KB3114409 fix. 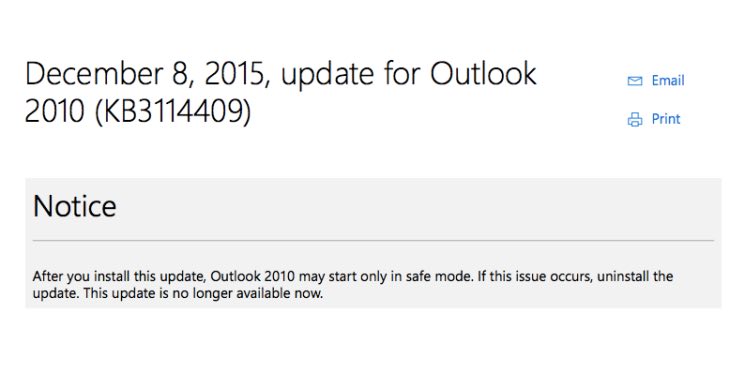 If you are waking up and finding out that your Outlook 2010 is booting into Safe Mode with a maximised window and the loss of reading pane – simply uninstall this Windows update, then reboot your system.

Once you have done this, Outlook 2010 should be back to normal mode and everything should be fine. Let us know if you encountered this problem within the last 12 hours and if you have managed to fix the problem yourself.