Windows phone 7 has been out a while now, and the OS has impressed many people. But like any new mobile OS there is always updates needed to improve and fix minor bugs. We recently told you about a minor update that is called ‘NoDo’, which is due anytime.

There are also some major updates planned, with one later this year and another next year. Recently TechRadar ran an article listing twenty things they would like to see with Windows Phone 8. Some of the items which are mentioned look to be coming in the first update like copy-and paste, but others including better multitasking made the list.

Another thing which made the list was the option for applications that shut down when you quit them. Internet tethering would also be a good option to have on any new Windows Phone OS, and the absence of a full YouTube app is seen as a problem on the current OS. 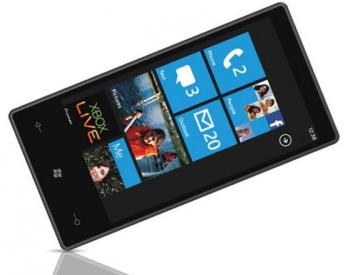 PCPro is reporting that Intel boss Paul Otellini is saying they will be offering Windows 8 on smartphones. He was recently asked about the decision by Microsoft to put the next version of Windows to the ARM platform. He replied that the announcement was “not a lot of new news”, and added that it could also have advantages for Intel.

He went on to say “The plus for Intel is that as they unify their operating systems, we now have the ability for the first time… to have a designed-from-scratch, touch-enabled operating system for tablets that runs on Intel that we don’t have today.”

What would you want for the sequel to Windows Phone 7?