With the United States getting Windows Phone 7 from today consumers will be researching, which WP7 Smartphone to buy and also what the best apps are for the platform. We covered the top WP7 apps on the Marketplace in an article earlier today, now it’s time for the hardware.

Ars Technica has posted a poll asking their readers what Windows Phone 7 device they will buy, and while parts of Europe give an indication of what’s popular in them markets, the U.S. buyer may act differently. Ars Technica’s poll — that can be seen here — shows that most voters so far want to keep their iPhone or Android OS device, but some are voting on other WP7 devices. 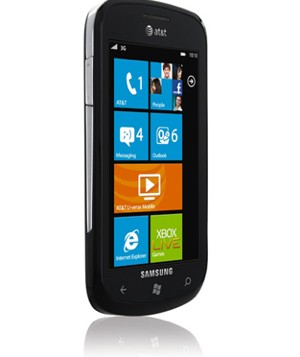 The most popular choice at the time of writing is AT&T’s Samsung Focus, which features a 5MP camera / camcorder, social networking integration, and 4-inch Super AMOLED touchscreen. Feel free to vote in their poll, but what we want to know is if you agree. Does Samsung and WP7 draw your attention to ‘Focus’?

If not, what WP7 device will you go for? Hit the comments to let us know.