We are now learning that Microsoft will announce the release of Windows Phone 7.1 Mango update, which is to include new APIs in Silverlight during the VIP preview event. We had expected it to be 7.5, but it looks as though Microsoft is only going to change it by one decimal.

We do not care if they call it 7.1 or 7.5 all we want to know is what new features it will have. We were recently informed that the update is to include more than 500 new features — makes you wonder if they are trying to get the better of Apple. We say this because whenever Steve Jobs announces new updates they say that there are 100 new features — bit of a difference don’t you think?

We do not have that long to find out if this is true or not, as the event is due to begin in just a few minutes. We will then get to know if this rumor from Mobile Tech World is true. Steve Ballmer will be there on stage to try and get the crowd going, but it will be nothing like an Apple keynote. 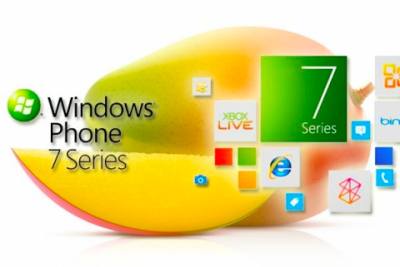 With a bit of luck the rumors of more Windows Phone handsets will be announced. However, what we would really like to know is what is going on with Microsoft and Nokia; such as when are we likely to see the first WP8 handset, and will they be able to back up recent rumors that the ST-Ericsson dual-core processor will be at the heart of at least one model?

Do you really care what Microsoft will call their Windows Phone 7 update; surely the features are the most important thing?