It has come to our attention that Microsoft is at it again with regards to sudden updates that arrive on the computers of users without any explanation.

As far as we’re aware, this message has popped up with an instruction to install this week, despite the fact that the description references a date back in 2016 as you can see from the image below: 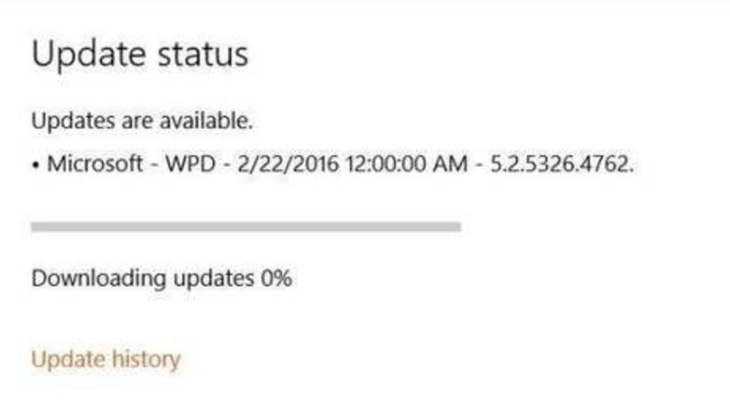 The problem is that the Microsoft WPD 2/22/2016 update fails to install for some reason and even worse is that it then causes problems when you try to sync your Windows Phone device to the computer.

There does appear to be a temporary fix in place if this is affecting you and you can see it over on the Windows forums, with a group of users already saying that the fix works for them after digging through some settings on device manager.

Did you see this mystery Windows update this week that also caused you problems? Let us know if the fix through the link helped you and if you are fed up with receiving similar updates without explanation from Microsoft.