The overwhelming support for the new Windows 8 OS should be enough for some undecided users to upgrade, which is supported by the majority of Windows 8 reviews singing and dancing about how good this upgrade is and a price well worth paying.

Each Windows 8 review talks about the little things – Feedback we’ve seen from early adopters reveal that Windows 8 has many improvements over previous editions, and users claim the “little things” changed for the better are what make a massive difference to your daily computing routine. One feature that really shines in Windows 8, among many others, is the Task Manager and we wanted to give PR readers more insight into the improved features.

Microsoft’s new Windows 8 Task Manager is pretty impressive and if you are trying to learn how to use it, then the video review below this article will be a shortcut in finding out the basics. This is something all users need to know about the Windows 8 upgrade in order to close tasks, so take a look at the two videos that include a quick Windows 8 review of this feature and also an overview of using it. 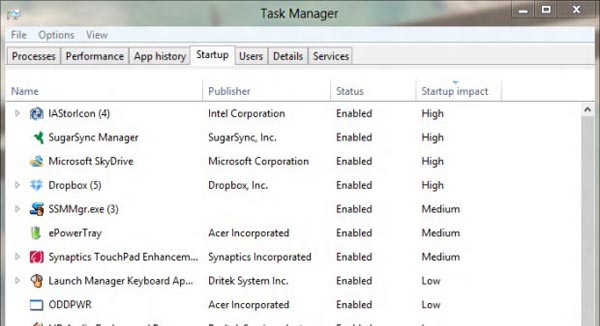 We’ve had a quick play with Windows 8 on a tablet, full review incoming, and were pretty impressed with how well it worked although trying Windows 8 on multiple monitors hadn’t been as much fun thanks to problems with placing icons. Some people using Windows 7 with this setup might want to hold off a little, although other than that we couldn’t praise the OS enough.

You can also see a full review of how to use the Windows 8 Task Manager in this article, which looks at the Performance, Processes, finding the Task Manager with a shortcut “Ctrl+Alt+Del” in Windows 8 if you want other options as well. The review also touches on all the tabs and a little about them, which includes Details, Users, Startup, App history, and Services.

The Windows 8 release date is in 4 days time, Oct 26, although support is not officially starting to Oct 30. Are you going to upgrade to Windows 8, or are you already using it right now?