The big day has come and we can confirm that Microsoft’s Windows 8 upgrade is about to go live for download, and this also means the professional version from just under $40 to make it one of the best offers we’ve seen from Microsoft in recent years, which is obviously a step towards the lower pricing seen by Apple. We’ve seen Windows 8 focus on the traditional desktop PC, but also offers a big push towards touch screen devices as well. The Windows 8 download time is set for just after midnight tonight, which is when you can upgrade online.

Microsoft wanted to make upgrading to Windows 8 as easy as possible, but also this new operating system is more affordable than ever before. Microsoft’s Windows 8 launch event announced that some computers would sell for under $300, and include Windows 8 for a better experience and faster boot up times.

Apple’s App Store is certainly miles ahead of Microsoft when it comes to apps, but this hasn’t stopped the new Windows 8 apps store launching today in an effort that’s seen as better late than never. Considering the amount of computers running Windows software, it looks like the Windows app store could gain a massive bump right away if users upgrade to Windows 8 in large enough numbers. 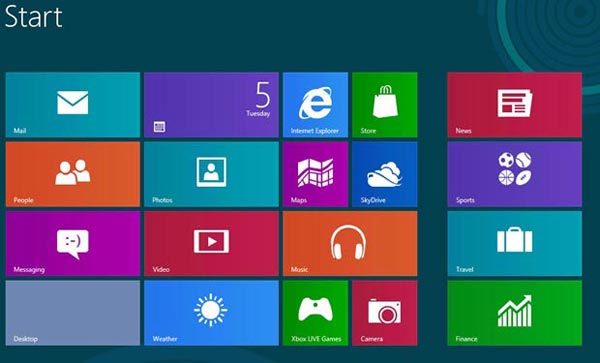 Windows 8 visual review – If you’re not sure whether to download Windows 8 at release time and upgrade right away, then take a look at the collection of videos we’ve embeded below that focus on what’s good and bad about the new operating system. We’d love to hear your thoughts on the new Windows Store, wide range of apps, and also the new user interface found within Windows 8? So hit the comments with your first impressions after watching the Windows 8 reviews below. It is worth noting that you can find the Windows 8 upgrade online at windows.com/buy, but the release time is set for 12.01am.

The Windows 8 review videos – you’ll see a short “What to Expect” in the first video, which is perfect if your time is short and you want to get a quick overview of Windows 8. The second Windows 8 review runs for almost 40-minutes and looks at the basics of the new OS, while the third focuses on the UI and the last video on Windows 8 Internet Explorer.