There have been various stories circulating about the next Microsoft Windows Operating System project, Techtree posted an article showing new screenshots have been discovered which tell us more about the early stages of a new OS from Microsoft, aptly named Windows 8.

The new screenshots reveal small details about the look and typography in the developing system and we can see that what used to be known as the Blue screen of death aka BSOD, BSOD’s occur when a your Windows PC crashes, however there will not be any in Windows 8, instead they will be black screens of death. That’s solved the problem!

Obviously this is not massive news, however it is nice to see that Microsoft have been working on Windows 8, there will still technically be BSoSs, however we doubt that they will be as alarming as a black background color is far less alarming than a bright blue one, what do you think?

Techtree say that it is possible that Windows 8 milestone 2 could possibly get leaked this weekend as the phase becomes complete and milestone 3 begins progress. All we know is that for now, there is still a death screen that may be appearing on future versions of Windows.

We have embedded the first Windows Black Screen of Death we have ever seen below, let’s hope we don’t see any more! 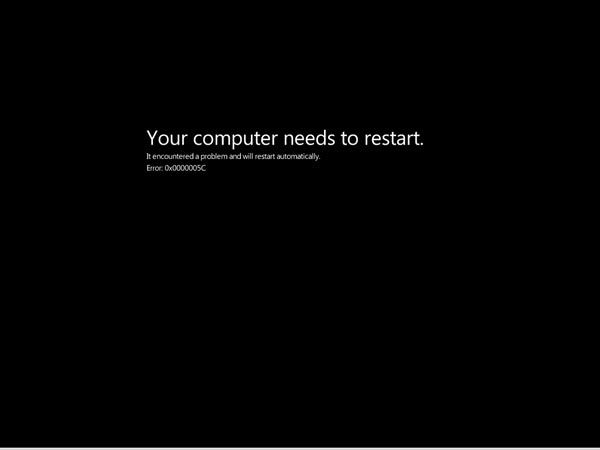