We have often wondered what Windows 10 versions there will be, and now Microsoft has put us out of our misery, as they have finally revealed what those Windows 10 Editions will be. There are 6 in all on a range of devices, and those names are pretty similar to what we have been used to in the past.

First up there is Windows 10 Home, which is the one focused for the home user, and will be used on PCs, laptops, tablets and 2-in-1 devices. This version is said to be more productive than its predecessors, although a lot of that will be thanks to Cortana.

Next is Windows 10 Mobile, which is designed to work on smartphones and smaller tablets. This is because everything is utilized for a smaller screen, such as apps etc. Productivity is said to be better than past versions, as is security and other features. 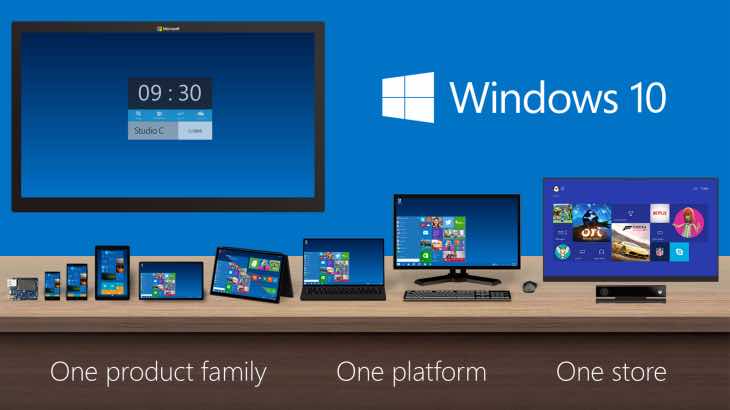 Windows 10 Pro supports the same devices as Home Edition, although packs a host of other features for the business user. This is ideal for those with a small business because it works well with sensitive business data, and offers support for mobile productivity scenarios, cloud technologies and much more.

The other three Editions are Windows 10 Enterprise Education and Mobile Enterprise. Full details of all 6 versions can be found on the Microsoft website; although still no idea as to when these will finally be released.