Microsoft is most likely aware that the Windows 10 update is getting stuck for some users during different points of the upgrade process, although it’s unclear if this is due to demand today, or thanks to other bugs. The list of problems related to Windows 10 getting stuck within tweets is never-ending and more are arriving every couple of minutes.

You can see a taste of reports below, which include Windows 10 getting stuck when “preparing to install”, when coming from a clean 8.1 install with the Windows 10 upgrade stopping at 91 percent for one user, or even stuck at a black screen with just a cursor. There’s no certain percentage and we’ve seen reports about the install stopping at all sorts of points, so this will be unrelated. 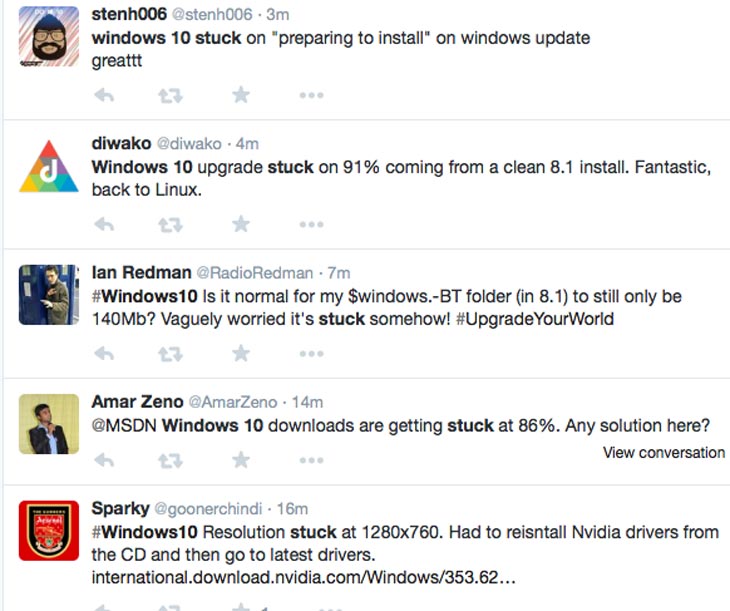 Is the Windows 10 update getting stuck for you today? If so, at what point did the upgrade stop and what was it doing at that point. If you haven’t seen the update yet, then you can force the process to start by following this quick how to.

During one of our tests the Windows 10 download got stuck at 60 percent and after our test PC restarted, it jumped back to 0 percent. We are not alone with issues and that’s clear on Twitter, but this should be expected when trying to download during the busiest period.