Popular technology blogs are filled with comments from people trying to understand what all this means, hunting for Windows 10 RTM ISO or torrent files, and obviously trying to understand if this will just be underhood changes and bug fixes. Bottom-line is the fact we know Microsoft planned a public release date at the end of this month, and with builds popping up everywhere it’s clear the final build is imminent. 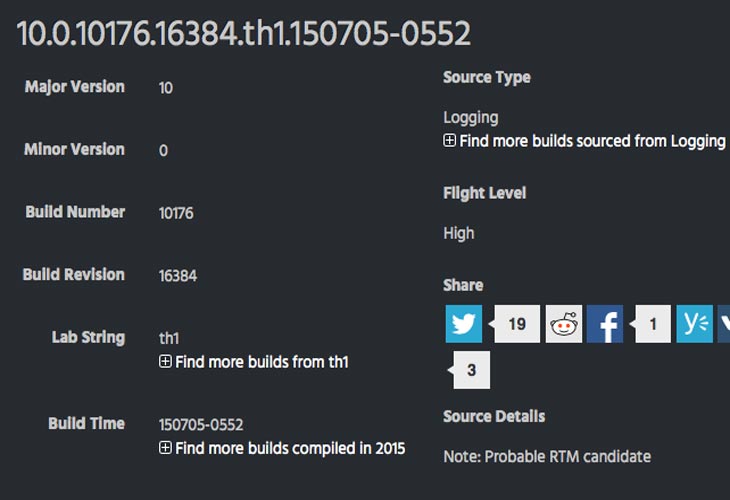 The source of this story is Build Feed that keeps tech enthusiasts updated on version numbers and of course leaked a potential Windows 10 RTM version, which could be two days away from being signed off. In a nutshell, TH1 means the Threshold release of Windows 10 that’s a codename for Windows 10 RTM.

We expected the build versions to accelerate this close to release, also Windows Insiders could see this download go live for testing this week. Either way, we are at the final hurdle with last minute fixes before the download rolls out globally at the end of July. We will confirm later this week if the above rumors become reality.