Now that Microsoft have released its latest edition of Windows 10, our readers are now asking about when the Mobile version will be receiving this update? Well, news has started to spread that the Windows 10 Mobile Anniversary Update release date will be on August 9, which makes it just one week after the release of the desktop version – which does make sense because of the demand on servers.

Users already had issues with downloading and installing the Windows 10 Mobile Anniversary Update, and so stands to reason why they would want to stagger these two platform updates.

We know that many of you will be disappointed to wait another week, although next Tuesday will come round soon enough, and also gives you time to get to grips with all the new features within the desktop Anniversary Update. 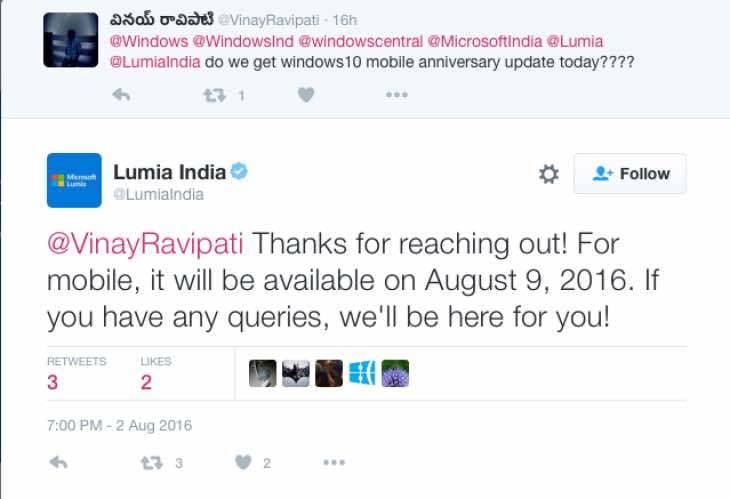 News of this was leaked on Microsoft’s official Lumia India Twitter handle, although we have yet to hear from Microsoft offiaily, although we suspect we will do later today.