It’s been confirmed that the Windows 10 Anniversary Update release date will be on August 2, which is three weeks this coming Tuesday. However, do not expect its release time to be as straight forward as that of macOS Sierra, which we we know that once we are given a date, all supported devices will be able to download and install the updated version at pretty much the same time, as long as there are no server issues.

That’s the good thing about Apple, their update roll outs are usually very good, and this is something that Windows users have just come to accept. In terms of the exact Windows 10 Anniversary Update release time, it’s not yet known at this time, but we do suspect that it will be staggered, and so not all users of the current version will be able to download this OS at the same time. 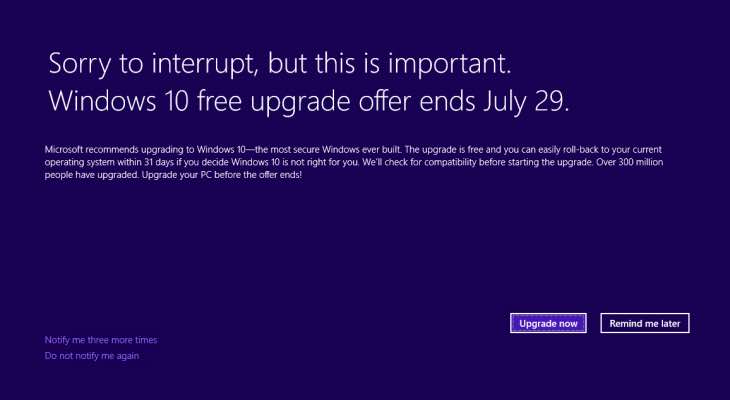 We do suspect the rollout to be staggered, although not like it was when Windows 10 was first released, as that was one very slow rollout. We’re not even sure what happens with the Windows 10 Anniversary Update Retail version, as those desktops, laptops and Surface devices could still be sold with the current Windows 10 version, and have to update to the Anniversary Update once you have taken your device home.

While there is a lot to be excited about because of the amazing features coming to this Anniversary version, there is no getting away from the fact that the current Windows 10 version has not been downloaded not even half as much as Microsoft had expected it to. Around 350 million copies have been downloaded and installed, and so it is not looking as though it will make its one billion target by 2018, and Microsoft now believe that this target was too ambitious.