The Windows 10 Anniversary Update is finally here and in most cases there is nothing you need to do, as this latest version will download and install automatically. However, because of such a huge user install base of more than 350 million, Microsoft have staggered the update, and so it’s more of a rollout, than a blanket update that Apple users get.

However, if you are impatient, then you can try a Windows 10 Anniversary Update manual download via Update & security > Windows Update – although there is still a chance that you will not get the update any quicker, but there are several users that have said this worked for them. 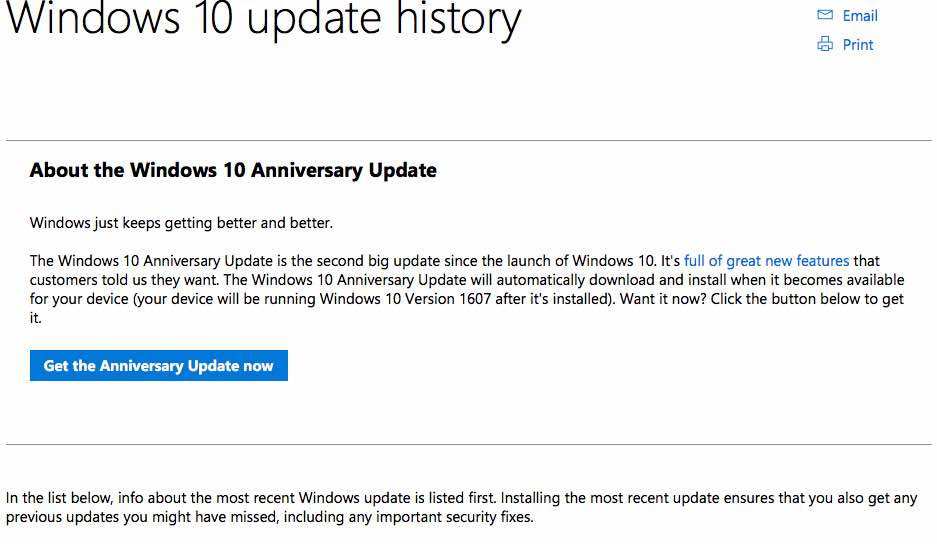 How to manually install the Anniversary Update using the Windows 10 Media Creation Tool – This way of getting the update manually has a greater chance of working. The Media Creation Tool has now been updated to include the Anniversary Update. We are still uncertain how successful this way of updating is, and so would be nice if you could share your results in the comments section below.

Another way to manually install the update is to download the Anniversary Update ISO here. However, we do feel that the best way is to just wait it out until your device gets the update automatically, as we all know that being one of the first to have it installed comes with risks, as there are bound to be a few teething issue.