The Wimbledon 2015 order of play for June 29 is one of the most important days because we get to see some of the best players in the world begin their campaign to win another Wimbledon title. If you have mot managed to make it down to SW1, then you will be anxious to keep up-to-date with the latest news, and the best way to do this is by downloading the official app.

Latest Wimbledon 2015 updates are far easier by using the Android and iOS The Championships Wimbledon app because it is easier than searching the news yourself, although you could use the Sky Sports app. Having said that, you will not get the full set of features as you do from the official app centered on the greatest Tennis competition on the circuit. 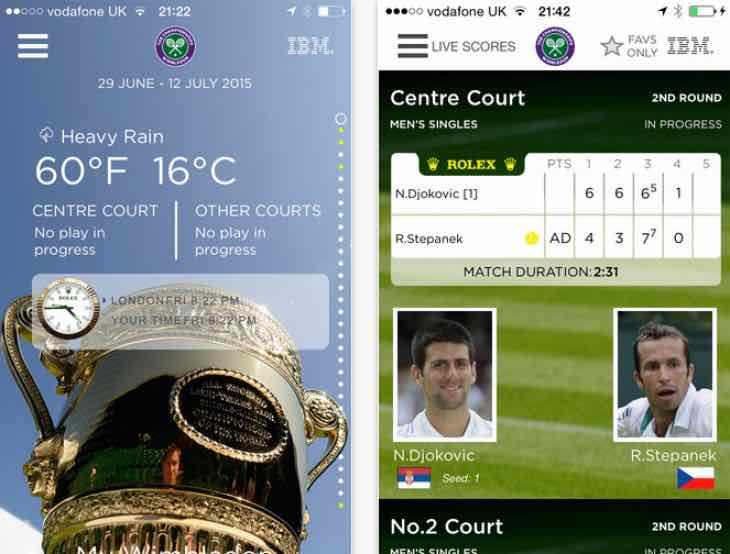 With the Wimbledon 2015 schedule of play being the main feature, there are still other features that users will keep checking back on once the first match begins, and those are live, real-time scores and final results for each match, live match coverage, video previews, player profiles, interviews, draws, news and so much more.

Both versions of this app were updated earlier this month in preparation for the 2015 Championships, so that the speed of real-time scoring updates is faster than ever, an increased number of push messages for the status of a match, and overall improvements to support 64-bit devices.

If you would rather visit the official website for even more information, then you can do so by visiting Wimbledon.com.