There have been a lot of new apps making their way onto the iTunes app store recently, one of which was the WikiLeaks App. For those of you that don’t know what WikiLeaks are, they are illegally leaked classified bits of information that is being published on the Internet. Often they are top secret memos or confidential government documents. 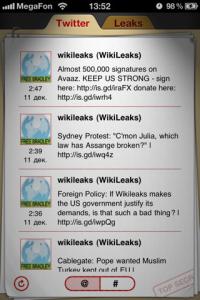 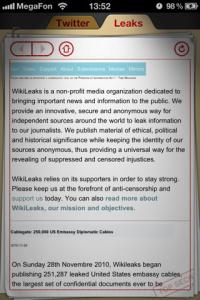 According to Sam Oliver from AppleInsider.com, the originally approved app has now been removed. Apple hasn’t given an official reason as to why it has been taken down. The suspicion is that Apple has joined a consortium in the U.S. that are trying to stand in WikiLeaks path. You can read more about it over at AppleInsider. You can also view the previous app details from here. You can also view some of the WikiLeaks details on YouTube by clicking here. 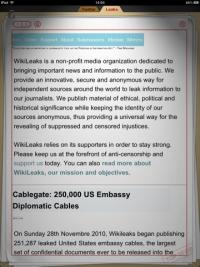 What do you think about WikiLeaks app being removed? Do you think that the data they publish should be available anyway? Let us know your thoughts in the comments below.