Hours after Apple announced their brand new iPhone 5 to the world, Nintendo has just stepped up to the plate themselves and finally confirmed an official release date and pricing for the upcoming Wii U console.

It is really good news as well. There were more than a few concerns that Nintendo would overprice their new console as a result of being ‘first’ to the next-gen game, but we can confirm that the price in the US for the Wii U basic console will start at just $299.

As expected, there is going to be more than one pricing platform for the Wii U. The basic package for $299 includes a 8GB white Wii U console, a touchscreen controller, sensor bar and HDMI cable. However, the company are also offering a premium version of the Wii U, which will be priced at $349 in the US and is dubbed the Deluxe Edition. 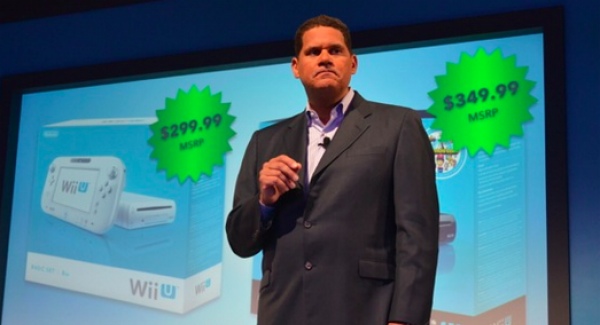 For the extra price you get all of the above, but many extras including 32GB of storage instead of 8, ‘more memory’ according to the retail box, a set of charging cradles and a copy of Nintendoland. The Deluxe Edition will also come in black, instead of white – with Nintendo obviously suggesting that black is the more premium color of the two.

As for the magical release date, it is going live on November 18 in the US – another Sunday launch just like the Wii. The console will then launch in Europe on November 30, finally followed by a Japan release on December 8. It’s also worth mentioning that buying the Deluxe Edition will give you access to the Nintendo Network Premium platform, which will offer members with a subscription discounts on various downloadable titles.

The event is still ongoing as we speak, so expect a full roundup soon. Are you satisfied with a basic price of $299 for the Wii U? In our opinion, that price almost seems like a bargain as we wouldn’t have been surprised to see a price tag of $400 on the console either.

Give us your initial reaction to the news.