It’s fair to say that Nintendo has a lot riding on their Wii U console, as they look to change the perception of gamers with many believing that Nintendo’s next generation console doesn’t have what it takes to compete with the likes of the PS4 and Xbox 720 when they finally arrive.

While some may not be interested in Nintendo’s new touchscreen GamePad control scheme for the system, Nintendo really needs consumers to start getting tuned into their vision soon, with the company recently admitting that each Wii U console is actually going to sell at a loss for the company.

This means that their fortunes are going to rest in the hands of software, as Nintendo are going to have to come up with games that consumers simply can’t afford not to buy, as massive software sales would help Nintendo recoup a portion of the losses that they will be making on each console. 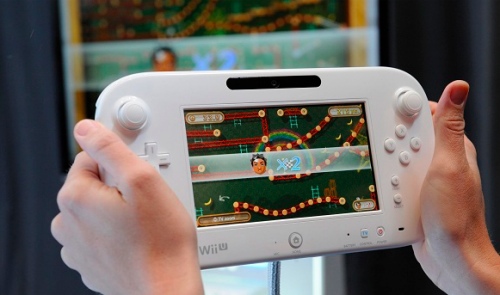 We haven’t heard anything regarding the elusive Wii U Zelda game yet, but obviously it is a game that is probably going to define the system when it is out. Mario will be another one and we imagine the Wii U Super Smash Bros game will be right up there as well, as the three games that are really going to help Nintendo out financially.

Nintendo’s explanation on why their console will sell at a loss, actually resides in the fact that they wanted to make the console price as reasonable as possible for consumers, rather than sell the Wii U in line with manufacturing costs. We think the $300 asking price for the basic version is definitely in the reasonable bracket, so should we all be showing our return appreciation to Nintendo by picking up as many games as possible after hearing this snippet of information?

If you are planning to pick up the Wii U, or have previously attacked Nintendo over their new console, let us know your opinions on the company openly admitting that they will be selling hardware at a loss. Do you feel sorry for them?