Nintendo are preparing to unleash the next generation Wii U console in a month’s time, but what game is appealing to you the most? Monster Hunter is coming to the console as an exclusive title and we have a feeling it is going to end up as a defining title on the system and a major hardware seller.

Nintendo are not stupid – they know just how popular Monster Hunter is and crucial to their hardware sales over in Asia. They should probably even thank Sony for making the franchise even bigger when it came to be PSP, but now it looks like Sony has lost another title after Bayonetta 2, as Monster Hunter seems to have become a Nintendo-only franchise.

Monster Hunter 3 Ultimate is scheduled as a launch release along with the console in Japan and Nintendo has released a new gameplay video showing how the title is looking and some of the cross platforms features that will be available on the 3DS. Aside from the main quest that was offered in Monster Hunter Tri, the Wii U version is also going to include a four player online mode as well. 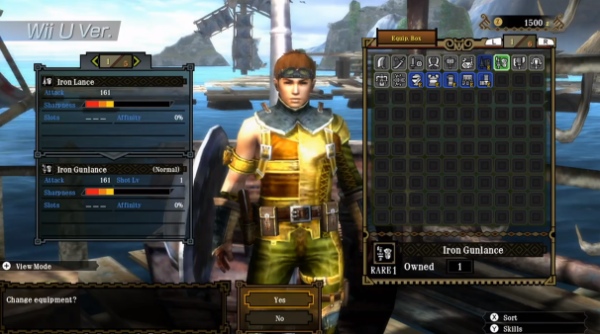 Combine that with the ability to customize all of your equipment using the Wii U GamePad, it’s fair to say that Monster Hunter 3 Ultimate is going to be some game when it comes out. We are still frustrated with Capcom over their decision to seemingly ignore the PS Vita fanbase, but at the same time it is yet another victory for Nintendo and another title that will help gamers make the decision on whether to pick up the console or not.

Is Monster Hunter one of your favorite franchises? Check out the gameplay below and let us know if you would like to see some of the same on other platforms. Is it fair for Nintendo to have all of the glory?