With a Legend of Zelda: Wind Waker remake for the Nintendo Wii U expected in late 2013, Zelda fans will be getting ready to test out the new title and compare it to the original and very popular version made for the Nintendo GameCube back in 2000.

However, Nintendo will also be relying on Wind Waker to win new gamers around to its newest console, the Wii U — and will do this by selling gamers on the brilliance of the GamePad.

A little background info on the Wii U Gamepad – For those who have somehow managed to miss the marketing hype surrounding the new console, the Wii U GamePad is the innovative new multi-functional controller for the Wii U. It has a resistive tablet touchscreen that is optimised for single touch as well as input from the Wii U stylus (although it doesn’t need the stylus to be operated) and on-board digital keyboard. It is at once a game controller and a TV remote and it has some impressive built-in features, such as a headphone jack, on-board microphone and 1.3 MP camera. There isn’t really much it can’t do, and it has the potential to change the face of gaming completely. 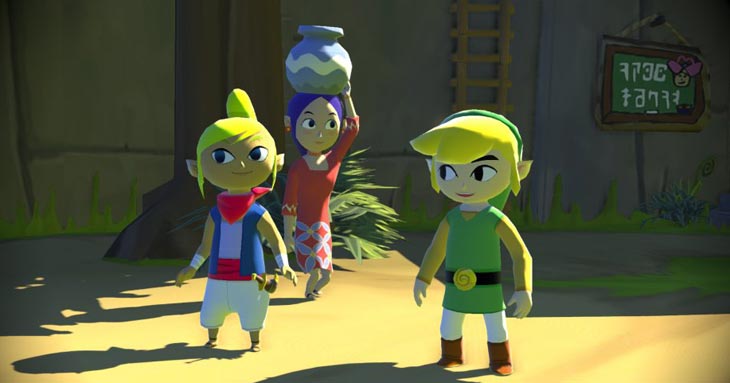 The Wii U GamePad and Zelda: Wind Waker – Although Nintendo has promised to improve the graphics of the original game and bring the new title to life using the console’s HD capabilities, one of the biggest changes in the new and improved Legend of Zelda: Wind Waker is the way players will actually play the game. Rather than the traditional design of the GameCube controller, players will now be using the Wii U’s Gamepad, which promises a very different experience.

While we don’t know exactly how the GamePad will work with the new Wind Waker title, we can get a few clues from other games. For example, in the Nintendo 3DS remake of Zelda: Ocarina of Time, the most popular 3DS game with the possible exception of the Professor Layton series, players could enjoy a more immersive dual screen experience. Player menus, maps and quick-slotted items were all moved down to the second screen, clearing the top screen of distractions which could ruin the game’s immersive experience. In the new Wind Waker played on the Wii U, an HD TV screen will be where the main action of the game takes place, whilst the GamePad’s resistive touchscreen will house everything else.

Turning our attention to the New Super Mario Bros. U game, we get another hint as to how the GamePad could be utilised for the new Wind Waker. As well as allowing many multi-player options, the game can be played on the GamePad alone, meaning that the TV can be freed up for family viewing. Similar options could be included in Zelda: Wind Waker, along with the integration of up to four Wii Remote controllers.

You can also read about how the Wii U Zelda wait spawned Wind Waker HD instead.