Almost two weeks ago, we told you that Nintendo’s popular Virtual Console service for the Wii U was due to receive a classic SNES title in the form of Super Ghouls n Ghosts from Capcom on May 16. Now, it gets even better for you as we can also confirm that Nintendo will be releasing the classic Super Mario Bros 2 game on this date as well.

You won’t need us to remind you how good this NES classic really is. We would play through it all again just for the music, but the actual gameplay is so different compared to Super Mario Bros that you really should try it out if you are just becoming familiar with the little plumber and his brother.

Nintendo has released a short trailer, giving you a teaser on what to expect on May 16 when the game releases. Fortunately, Nintendo has already released the price for this game, as you’ll be able to pick it up from Nintendo’s eStore for the very reasonable $4.99 price. 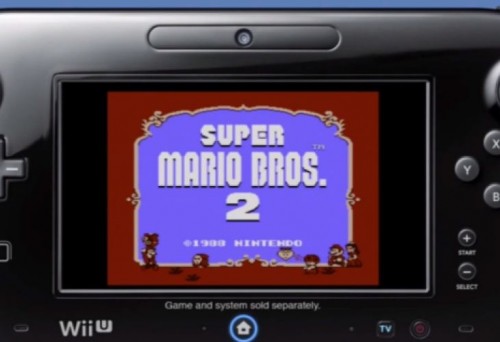 More importantly though, you’ll be glad to know that this Virtual Console title is playable using the Wii U GamePad – perfect for when someone is using the television and you want to continue with your retro fix elsewhere in the house. The addition of off-TV support makes the Wii U Virtual Console all the more impressive in our opinion – just wait until The Legend of Zelda: A Link to the Past is released. Easy money for Nintendo.

For those that already happen to own the Wii version of this game on Virtual Console, you’ll be pleased to hear that you can just pick up the Wii U version for $1 – not bad at all, hopefully a similar incentive will be available across all titles.

As a Wii U owner, let us know if you think the Virtual Console sweetens the pill a bit over the doom and gloom surrounding the third-party situation at the moment.