If you are planning to pick up the Wii U Pro Controller along with your console purchase next month, we have some good news to give you ahead of launch. It has been suggested by retailers that the Pro Controller will offer a staggering 80 hours of battery life on a single charge, easily double than what is currently offered on rival PS3 and Xbox 360 controllers.

For those of you who are not aware yet, the Pro Controller will offer Wii U owners the chance to play games with a traditional controller, if they decide that the new GamePad tablet scheme is a little too much to handle at first. The Pro Controller will come in very handy for hardcore games like Black Ops 2, which has already been confirmed for Nintendo’s new console.

Retailer listings for the Pro Controller have already gone up at the likes of Amazon and GameStop, with the official product listings stating that 80 hours of battery life on a single charge will be possible. Considering that the PS3 DualShock pads last around 20-25 hours on a single charge, it’s pretty impressive from Nintendo’s point of view that they have managed to get the Pro Controller to the 80 hours mark without dying out. 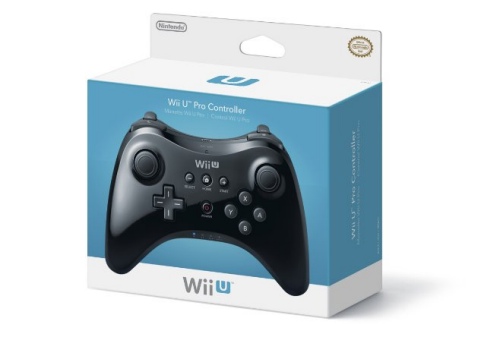 Having said that, there are a few issues that consumers may not be too happy about once they hear them. Firstly, we can confirm that the Wii U Pro Controller will not be compatible with older Wii games, meaning that it will only support Wii U titles – a major blow for those that still have an endless library of Wii titles which need a traditional controller layout.

Secondly, some of you may not be happy over the positioning of the two analogue sticks, which are located above the standard buttons, not below which we see on the PS3 DualShock. While this issue may be negated over time, some gamers may find it difficult to adapt after using the DualShock and Xbox 360 pad for so long.

The Wii U Pro Controller is going to be a separate purchase for $49.99 as well, since Nintendo are not including it with the basic console bundle. 80 hours of battery life is an obvious advantage for Nintendo over their rivals, but are you a bit shocked that it won’t support older games?