It was only a few days ago when we told you about the Wii U’s difficulty in providing voice chat amongst various titles on the new console. You’ll need a licensed headset to be able to make use of that feature and now we have some rather worrying news for those of you who are planning to pick up the Wii U version of FIFA 13.

To get the bad news out of the way first, we can tell you that FIFA 13 on Wii U is going to be missing a fair number of key features, as EA has confirmed that Nintendo’s version will go on sale without the new First Touch features within the game, or the FIFA Street skill system.

Unlike previous titles, EA isn’t hiding around the fact that the Wii U version has less content either, as producer Matt Prior has said in black and white that there are two versions of the game – version one for Xbox 360 and PS3 and version two, which Wii U owners will get on November 30 when the console launches in the UK. 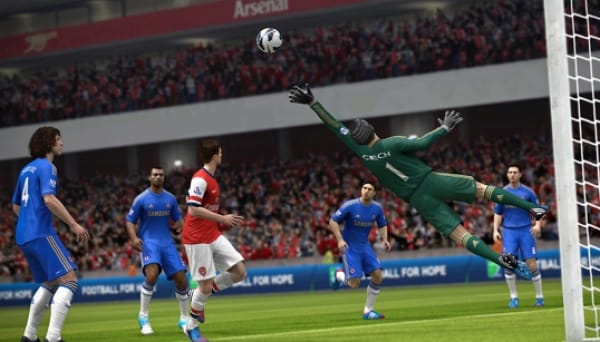 Being even more honest, EA admits that the Wii U version was completed in under 14 months, with the development team working under time constraints in order to get the game ready for the Wii U launch. While these are included factors in the game having less content, EA has also said that the Wii U hardware itself was a challenge to develop for, with “different processors, CPUs and libraries”.

On a more pleasing note, EA has however managed to get the game looking as good as the Xbox 360 and PS3 versions apparently, with the Wii U version also playable at 60 frames per second and controller support for one GamePad, or four Wii U controllers and four Pro Controllers.

What are your thoughts on the fact that new Nintendo games are still being released with missing content? Is this acceptable for a so called next generation console? Don’t forget that the Wii U version of FIFA 13 will also be lacking an Ultimate Team mode, as we’ve told you in the past.

Will you skip the entire Wii U launch lineup and come back when games are on par content wise with other platforms?