Nintendo are yet to officially reveal what their box art for Wii U games will look like. However, it looks like Amazon, not for the first time, has jumped the gun early and given the world a glimpse at what Wii U software titles are going to look like when they hit shops and retailers online.

The good news, is that the box art looks pretty funky indeed. Better yet though, it seems as if Nintendo has taken direct inspiration from the box art design used for their legendary Gamecube console. Amazon has provided Wii U box art for three upcoming titles, including Assassin’s Creed 3 and Avengers: Battle for Earth.

The actual art on display for the listed titles is nice enough, but we have a feeling that the shade of yellow included at the top of box is going to be the big talking point. If you refresh your memories, Nintendo used the same design for the Gamecube, but instead of having yellow for the curved part, it was white.

Here’s an image just to give you an idea of the comparisons between the two box art – which one looks better in your opinion? Considering that the Wii U hasn’t even been given a release date yet, we’re amazed that Amazon has managed to get hold of this already and publish it without incurring the wrath of Nintendo. You would have thought that the company would wait until something like GamesCom to show everyone properly, but it’s out there in the open now. 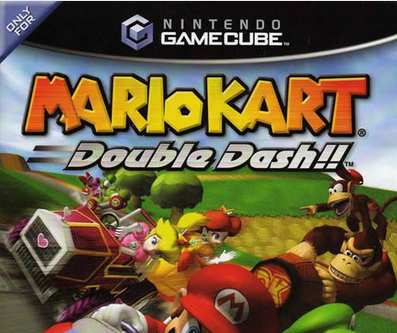 You can check out HD box art images for the two Wii U titles mentioned above over at Neogaf here. Let us know if you like the final design, or if you refer the Gamecube design better.