Yesterday was a great day in terms of technology news, not only did the Battlefield 3 beta kick off across all major platforms, but also we learned that Apple would be holding an iPhone event on October 4th. At this event Tim Cook will almost certainly unveil the fifth-generation iPhone, which if our sources are correct will be called the iPhone 5 and will be released on October 14th.

Like so often is the case, good news has a negative effect on a few things, one of which will be the price which you will be able to sell your iPhone 4 for. Now that the iPhone 4 has almost reached the ‘last-gen’ status people will undoubtedly be selling last 2010’s model and use that money to put towards the iPhone 5, but if last year’s sales patterns for the iPhone 3GS are anything to go by you should act quickly if you are wanting to shift your iPhone 4. 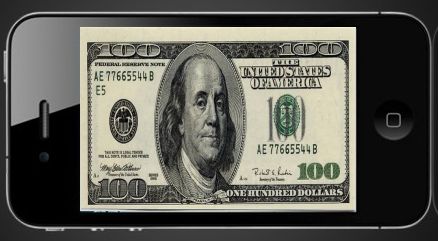 With the iPhone 5 seemingly set for a release less than three weeks from now we are sure that carriers, shops and online stores will want to get rid of iPhone 4 stock before it loses value – so don’t be too surprised if the iPhone 4 price drops massively between now and then – not only this but with an influx of people selling used iPhone 4 smartphones there will be less people bidding on eBay auctions etc. This will obviously have a negative affect on how much your second-hand iPhone 4 will sell for, so you wouldn’t be ill-advised to sell it within the next few days if your truly want to get the most money for your dated Apple smartphone – but it is a bit of a gamble, here’s why.

Apple has not confirmed that the iPhone 4’s successor will show up at Apple’s early October event, however with invitations reading “Let’s talk iPhone” we would be shocked if a new model didn’t show up, but could this just be a slightly upgraded iPhone 4 which is called the iPhone 4S? Some experts believe so…

At the end of the day if you want to take the gamble it is up to you, obviously to ensure you get the most you can possibly get for it you should sell it within the next few days, however Apple’s releases are always surrounded in mystery so bare in mind that you could be selling your device under false pretences.

Will you sell your iPhone 4 today (or at least very soon)?