It was the feature that divided Snapchat users and now we can see that the Snapchat Rainbow effect has gone following on from the last update.

While some will be happy about this change, others will be upset over it. We can already see countless questions bombarding Snapchat’s developers on “Why did Snapchat get rid of the Rainbow” – coming out frequently on Twitter by the hour.

The main information to share though, is from a Snapchat representative who has basically hinted that the Snapchat rainbow could be coming back in a future update. 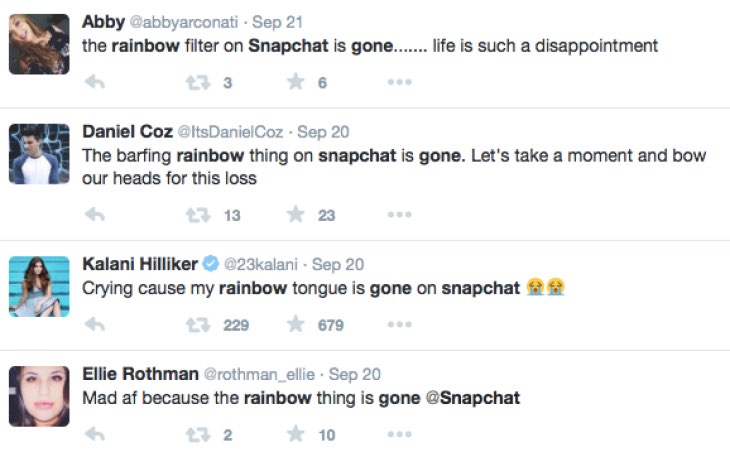 The reason why the Rainbow mouth on Snapchat is gone, is simply due to fact that it had been ‘pushed out of the queue’ by newer lenses.

Be honest, did you love the Snapchat barf filter and want it to come back, or are you one of the thousands who thought that it ruined Snapchat completely?

We’ll let you know if the Snapchat rainbow lens will come back, but in the meantime enter the debate below on how you feel.