Rumors and evidence about the imminent release of the white Apple iPhone continue to emerge, with the supposed date drawing close yet still no appearance. It seems that Vodafone on the other hand have no issues when it comes to making their popular smartphones turn white.

We have previously brought you news of Vodafone releasing the white BlackBerry Torch and today we can reveal that next in line for the stylish makeover is the Samsung Nexus S.

Talks of this device getting the revamp have been going on for a while now with images of the phone in white being compared to those of the white iPhone, but it seems Vodafone have been given the exclusive rights of being the first network to sell the white Nexus S in the UK. 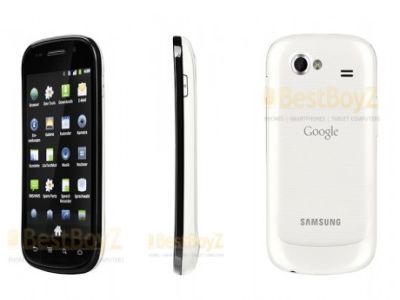 This news comes from an article at T3 who also found that although the specs of the device haven’t changed much it still offers some uniqueness to its black version. Features such as NFC and the use of Gingerbread are some key differences. Read the full article here. No word of an official release date or a price has emerged yet but we will be sure to notify you as soon as we do.

What are your initial thoughts of this white version of the Nexus S?